Christian Leadership Alliance President and CEO Tami Heim recently interviewed Ken Harrison, Chairman and CEO of Promise Keepers. Ken’s mission is to provide executive leadership and strategic direction to the ministry while inspiring men to be bold, humble and ambitious about their faith. 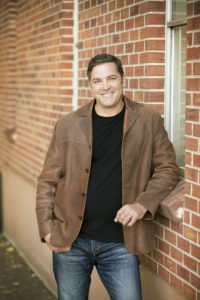 Harrison also serves as CEO of WaterStone, a Christian Community Foundation that oversees donations of millions of dollars per month to build God’s kingdom. He started his career as a Los Angeles Police Department street cop in the  Watts/Compton area. While there he received numerous commendations and awards.

Harrison is a Colson Fellow and has served on numerous local and national boards, including FCA, Colorado Uplift, Urban Youth Ministries, Corban University and WaterStone.

Harrison is an author of books including his 2019 book Rise of the Servant Kings (Multnomah, 2019). He is also a corporate speaker. Harrison has appeared on numerous media outlets including FoxNews.com, “Dr. James Dobson’s Family Talk”, Huckabee, and The 700 Club. With a long record of dedicated service to ministry, Harrison leads Bible studies locally and has participated in missions trips to Mexico, South Africa, Haiti and the Philippines. He has been married to his wife, Elliette, for 29 years and they have three children.

What will be distinctive about Promise Keepers, and its potential for kingdom impact, as it re-launches in Summer 2020?

Promise Keepers events had such a massively transformative effect on men.

Promise Keepers (PK) will look very much the same as it did in the ‘90s from an event perspective, but very different in many other ways. There is nothing like the feeling of hearing 80,000 men singing with abandon to the Lord and nothing like hearing great Bible teachers challenging us to follow God’s Word without compromise. Promise Keepers events had such a massively transformative effect on men. The stories we get to hear every day of men coming home completely changed brings tears to our eyes. Men who went to Promise Keepers as alcoholics, workaholics, abusers, sex addicts, tantrum throwers or filled with greed came home as humble, Spirit-filled men of God. We’ve been blessed to hear from so many wives and children of those men about how grateful they were for the man that came home from PK. That part won’t change.

The part that will change is that Promise Keepers will now have the apparatus, thanks to technology, to disciple men in partnership with their local church. Too many men left a PK event in the ‘90s on a high but with little ability for follow-up. Some of those men did not continue to walk with the Lord. Through the platform we’re building, Promise Keepers will be able to get sound biblical teaching to men, line them up with churches and men’s ministries, and form them into teams where they’ll have true friends and mentorship. When we say friends, we mean real friends - men we are intentional about doing life with and serving the church with. Too many men today have no real friends, or an older man to disciple them or to turn to when life gets hard.

The other change is that Promise Keepers will only be once a year, in a large stadium, simulcast across the country. We want to see millions of men gather together in churches and arenas to watch the same speakers, sing the same songs and pray the same prayers… together. For one weekend a year, we want to be an answer to Jesus’ prayer that the church is one. It's already taking off. We’ve had inquiries from eight different countries, including Israel, about how to show the simulcast in their country. Even the U.S. military is getting on board. The Air force will be showing the Promise Keepers event at every base in the world!

So what is truly distinctive is that this time, Coach McCartney’s vision will come completely to fruition. We want to keep the mountain-top experience of the stadium event but add the element of discipleship, and a call for men to serve within their local church, intentionally building real relationships with each other, with Christ at the center.

Can you share some key takeaways from your book The Rise of the Servant Kings?

When the publisher, Multnomah, was in the editing process, they called a meeting together and said jokingly that they felt like there should be a warning label on the book because Christian books just aren’t written that way. It was intended as a compliment, and I took it that way. The book is very no-nonsense biblical teaching with some pretty hair-raising L.A. cop stories in it. The stories are intended to drive home the point, and most of them aren’t very flattering pictures of me.

I wrote the book with short chapters and it moves very quickly so that people who may not necessarily like to read will find it engaging. The funny thing is, I’ve gotten hundreds of letters from women talking about how much they enjoyed it, even though it’s a book on masculinity. It’s really a book on being a true disciple of Jesus and experiencing the power and joy that comes from dying to self and living fully in him – it’s just wrapped up in a masculine voice.

The main take away from the book is that we can judge a person’s (including our own) real closeness to Christ by their level of humility. The more one knows Jesus, the more one understands his or her depravity, and the incredible grace he has shown us. It changes how we see ourselves, and how we see others. It makes us realize that we, as my friend Steve Brown says, are just "beggars telling other beggars where we found bread."

My prayer every day for myself, my family and friends is that we’ll see people through God’s eyes, learning to love unconditionally, but to also understand the incredible destructiveness of sin. It’s also that we’ll learn to live life in the present, seeking him always, because he has some incredible assignments for each of us who are his. We often miss those assignments because we’re living life in the past, or in the future. Life is so filled with joy when we abide in Christ in each moment, and see others as he sees them.

Our theme is “Transform.” What do you believe vital in the transformation of Christian leaders?

Our ultimate example of a leader is Jesus, who, even though he was God, never treated anyone as beneath him or above him. Jesus taught us that because of the work he would accomplish at the cross, all people who have been saved by his grace are equals. His example to us is that, though we have different giftings and roles in this life, and that means some of us are leaders and some followers, it doesn’t make us any less equal and valuable in God’s eyes. Satan, the enemy of our souls, wants to divide us by creating classes of people based on income, race, education, position, or whatever. When we look down on those who culture says are less than us, or when we idolize those who culture says are above us, we’re aligning with the devil, not with the heart of Christ.

A transformed leader looks in the mirror when things go wrong, and out the window when they go right.

A transformed leader looks in the mirror when things go wrong, and out the window when they go right. A humble leader’s first instinct is to wonder what he or she did wrong when things go badly, and to wonder who should get the credit when they go right. That’s because a leader who is truly in love with Jesus understands that it is only his approval we work for and he sees all – including our hearts. He will lift us up and gives us the credit we deserve in his time – and his is always the right time.

Based on your experience at Waterstone, what is the transformative impact of Christian generosity?

What WaterStone does is to work with people to turn complicated assets into avenues for giving while maximizing tax benefits. It’s amazing what our CPAs, attorneys and MBAs can do through their expertise. I’ve listened in on calls where we walked alongside people who were selling their company for hundreds of millions of dollars and heard all their Wall Street attorneys say, “We can do that!?!” in shock. It’s with great pride that we can lower their tax bill, while greatly increasing how much they can give.

When I first became CEO of WaterStone three years ago, I asked the question, “What if we made a profit? Couldn’t we get to direct that money where we want?” Usually, our givers advise us on where they’d like their money to go, but if we made excess money through the fees we charged, we could direct it. So, I set about cutting some major expenses. By the end of the year, we had made a profit. We had heard of a woman in Kenya, named Flora, who was housing 28 girls rescued from sex-slavery in her 640-square-foot house. Flora slept in a closet with a child under each arm to make as much room for girls as possible. WaterStone was able to build Flora a house, a 150-bed dorm, a school and well for the girls for only $400,000.

Generosity is the very heart of God. Being generous is not always about giving more though. Sometimes, it is making the effort to be more efficient and wiser in how and where we give. As a new CEO cutting expenses by a third in that first year, our staff wasn’t sure what to think of me. Now, morale is really high, especially as the staff all takes ownership of running an efficient business so we can look through who will be blessed by our hard work each year.

What encouragement would you share with those seeking to lead with Christ-honoring excellence in today’s world?

The good news is that you and I have been called into leadership. The bad news is that God only calls losers. When we look at Scripture, we see that the more broken and weak we are, the more God can work through us. Paul said that in his weakness he was made strong because he counted more and more on God to do the work.

There is a freedom in realizing that when we walk in God’s will (and we can know his will – see Romans 12:1-2), success is not our responsibility, walking with him in each moment is, abiding in him as a vine to a branch. When we really understand that, criticism, fear of failure, popularity and all that goes with those things, no longer has a hold on us. We keep our eyes on him, thankful that he would trust us in our endeavor and we do the best we can in the gifts he has given us. We leave the rest to him.